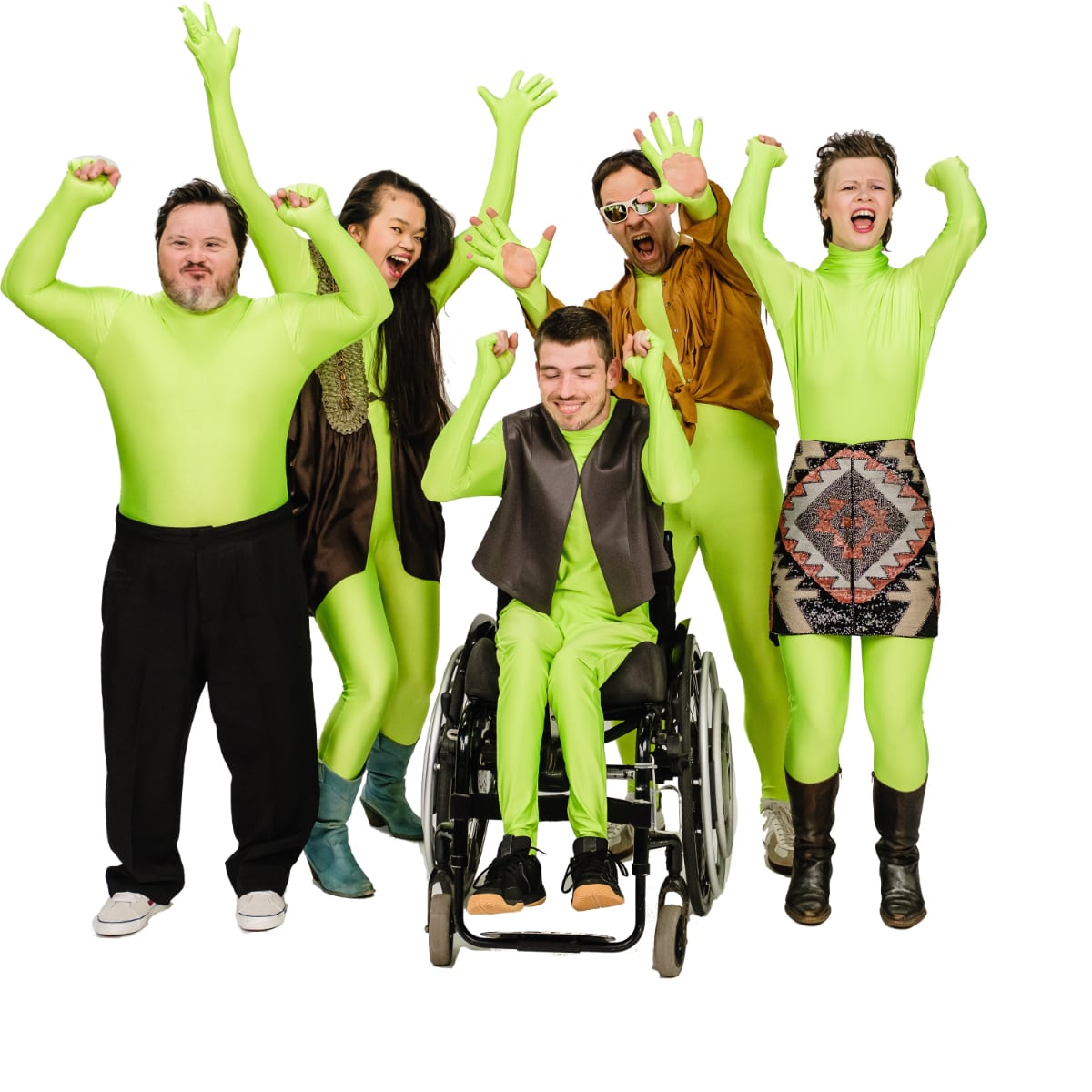 21 Downbeat comprises the RambaZamba actors Eva Fuchs, Moritz Höhne, Hieu Pham and Heiko Fechner as well as composer and musician Leo Solter. The principles of the inclusive band: exhilaration and ecstasy, or rather, boom and confetti! Using their own words along with poems by contemporary authors, the group’s members create a singular sound. Perhaps the musicians could be described as Satyroi – cheerful demons in the wake of Dionysus, difficult to tame and blissfully unconstrained by conventions. Their debut album, featuring lyrics by the award-winning author Yoko Tawada, slated for release this summer. Outside of the studio, 21 Downbeat have performed regularly with rotating guest musicians for »Hi Freaks,« the late-night show at the RambaZamba Theater, and at previous editions of Pop-Kultur with the commissioned works »Rausch Royal« and »Der Ring.«