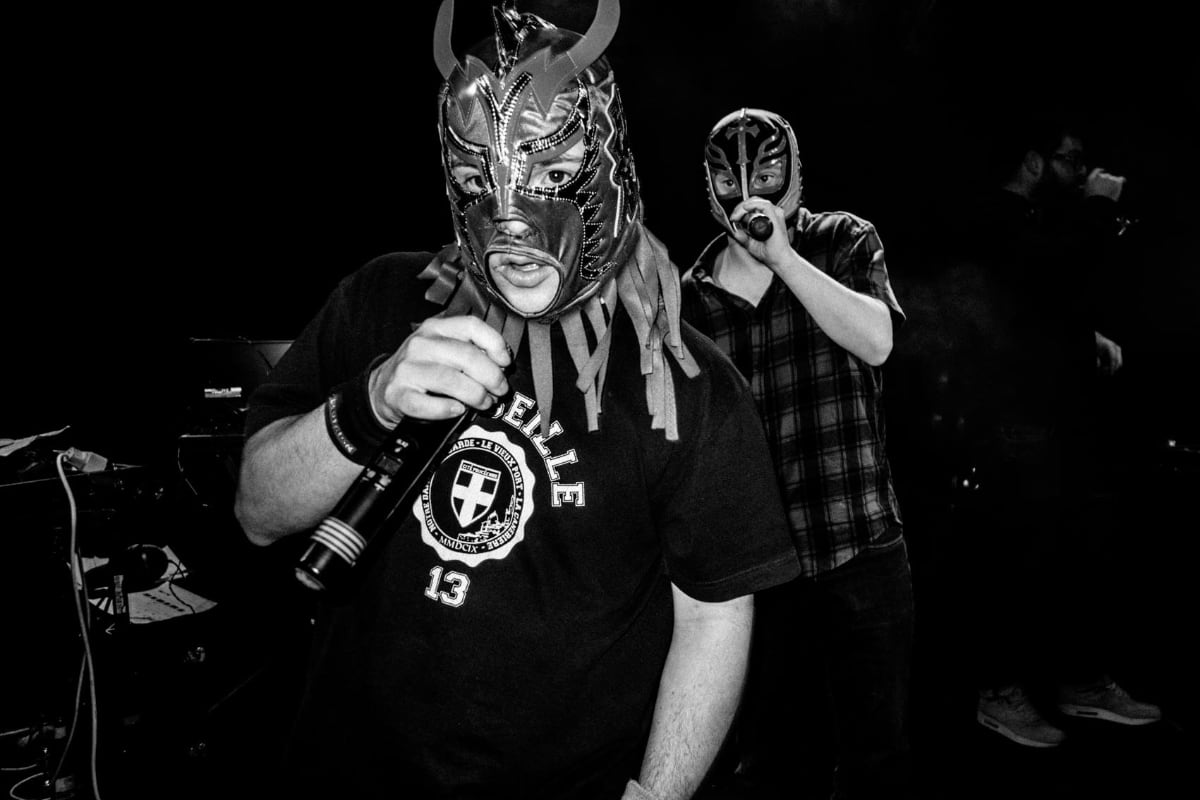 Choolers Division from Belgium are a captivating electro-hip-hop band – a crazy living machine that spins out of control, producing dizzying sounds and lyrics. Musicians Antoine Boulangé and Jean-Camille Charles founded this extraordinary act along with MCs Kostia Botkine and Philippe Marien – both artists with trisomy 21. Choolers Division emerged in the context of clubs like Friche la Belle de Mai and l’Embobineuse and are promoted by the organisation La »S« Grand Atelier. Two years ago, after playing over a hundred concerts across Europe, they released their first self-titled album. The beats and punchlines combine for an unprecedented adventure, an energetic confrontation with seemingly familiar ways of seeing and hearing. For those who missed Choolers Division’s performance at Pop-Kultur in 2018, here’s a second chance to catch the band with new songs in tow.