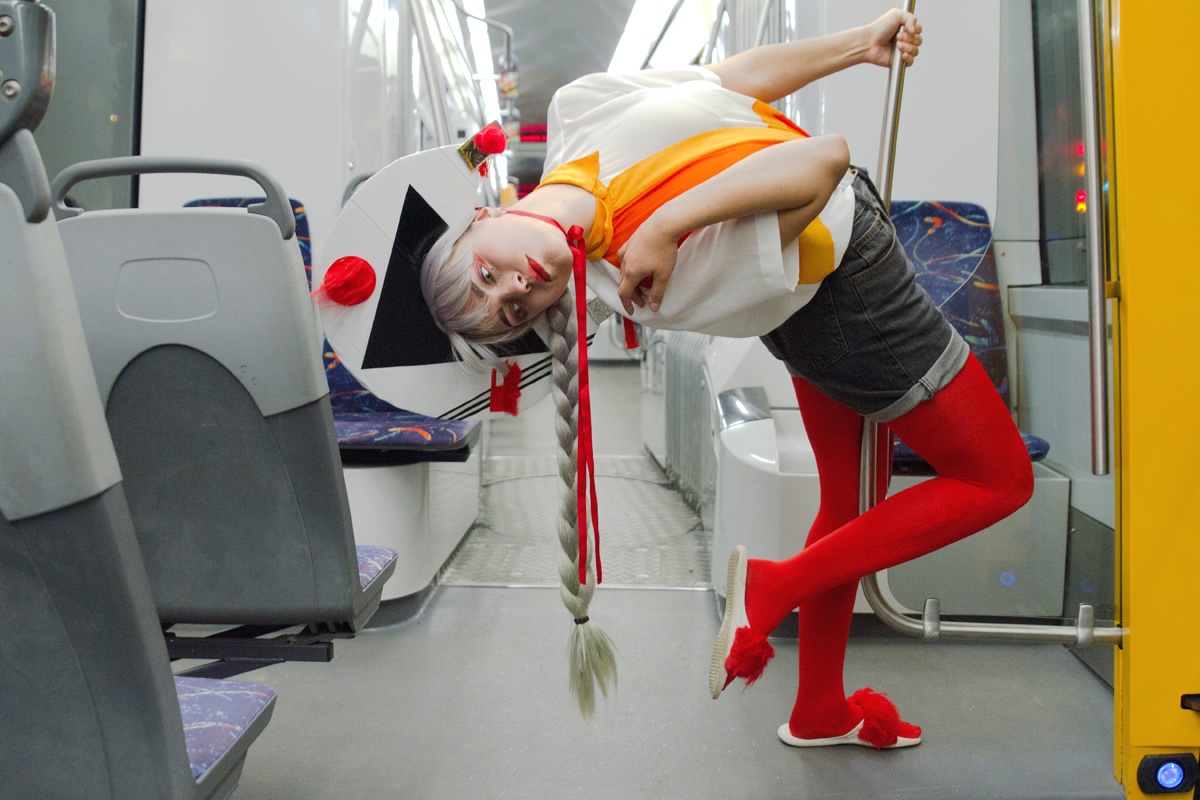 Theoretically speaking, Elizabete Balčus lives in the Latvian capital of Riga, but practically speaking, she lives in the future. But let’s start from the beginning: Balčus is a trained flutist, but has no desire to simply play notes from a page, which is why she joins a band to write her own songs. At least, until a dream makes her realise that she can achieve even more on her own. In 2016, her debut album »Conarium« appears, on which she processes her oneiric visions, combining chamber music with club-friendly electronic music and pop. Familiar formulas and timbres are set in motion, resulting in a trend-setting sound. Balčus not only subverts traditional norms with her elaborate overarching aesthetic – she also knows how to infuse artistic magic into even the most banal: besides the flute, her instruments include fruits and vegetables wired to colourful synthesizers.