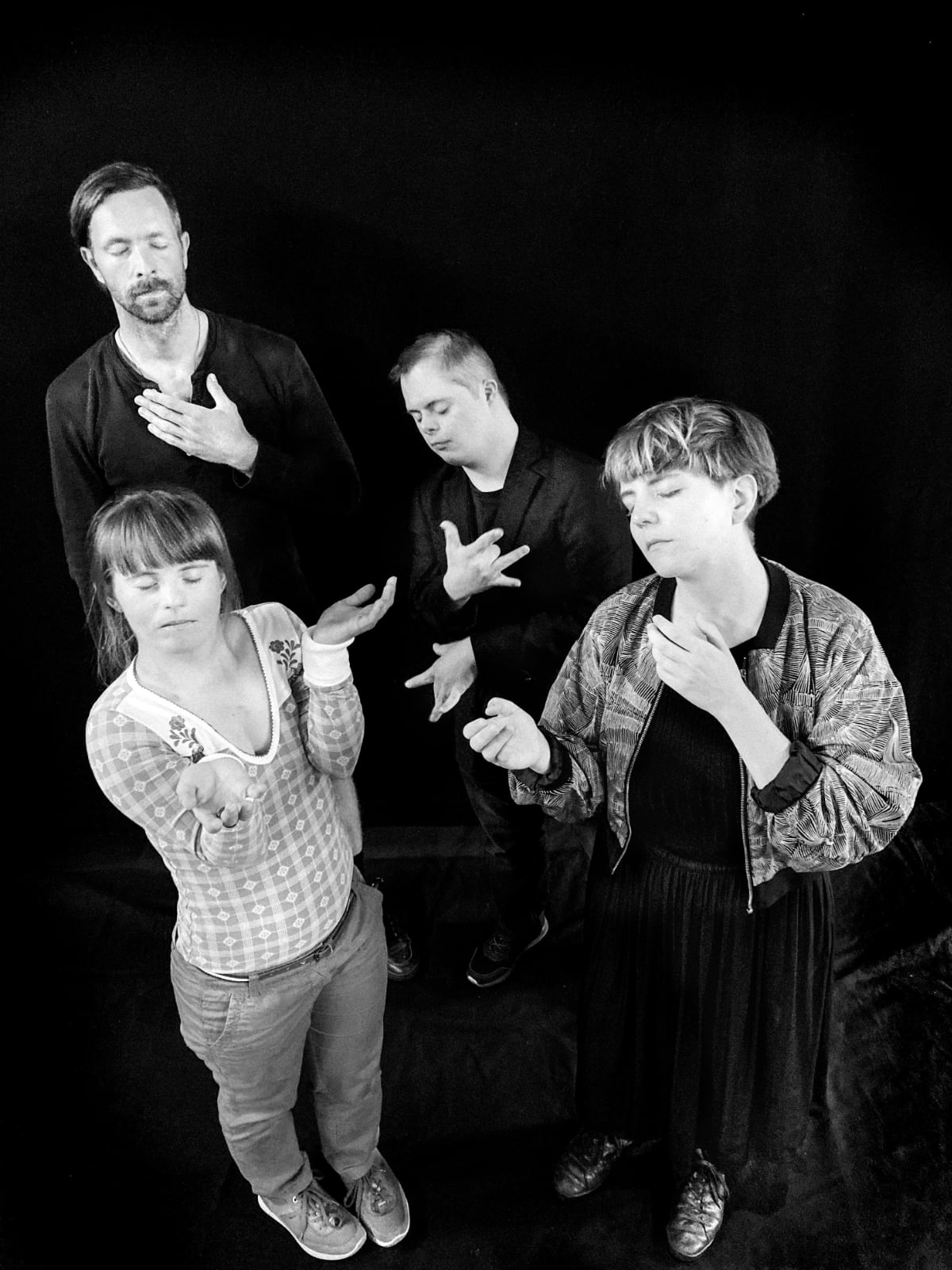 Nauten are the actors Julian Götze and Jonas Sippel from Berlin and the musicians Lisa Zwinzscher and Philipp Rohmer from Leipzig. The quartet see themselves as experimental space travellers in their own musical cosmos, moving without taboos through different spheres of contemporary and historic music culture. The borders between electronic Ambient Jazz, Neue Deutsche Welle and folk songs dissolve as they intertwine with dance and performance elements. Well-known and unfamiliar songs become the key to a feeling, an interpretation that melodically surrounds and inhabits us, makes us feel at home or abandoned, raises questions and transports us. Newly interpreted, timelessly smashing hits tear us out of comforting listening habits, only to rock us soothingly from side to side again the next moment. The band were formed following a coproduction of the RambaZamba Theater with the Deutsches Theater Berlin. In 2020 they played their debut at the 44th Leipziger Jazztage festival in the UT Connewitz.