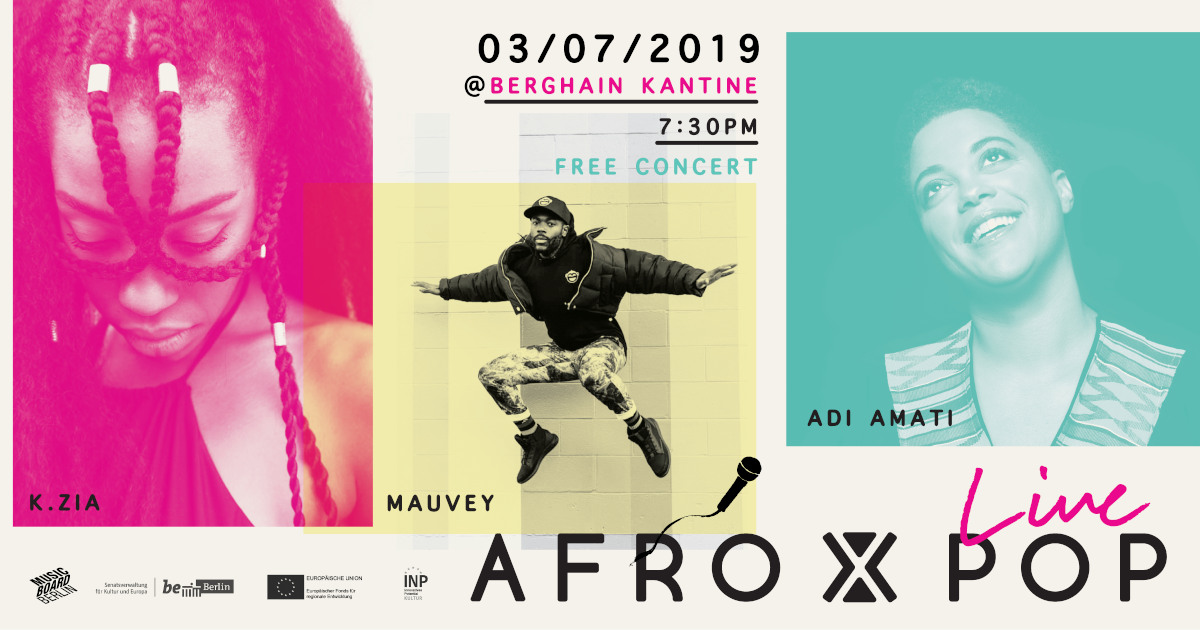 As part of the AFRO x POP platform, Pamela Owusu-Brenyah is launching a mini-festival under the title »The Potential of Afro Pop Music and Artists in Berlin,« taking place on the 3rd of July at the Kantine am Berghain. Owusu-Brenyah, who is also guesting in the talk »Auto-Tuned Africa: When Technology Meets Tradition« at Pop-Kultur 2019, welcomes you to a panel discussion at 19:00, followed by three live performances and a closing DJ set by Jumoke Adeyanju, setting the scene for dancing and, weather cooperating, further conversation in the beer garden.

After the discussion with Adi Amati (musician), David Debrah (CEO of Dpiction Videography) and Joe Chicalo (Afroforce1 & Senior Vice President and A&R of Universal Music Central Europe & Africa), three artists from the African diaspora will play: K.ZIA, Mauvey and Adi Amati. K.ZIA calls her music as »food for the soul,« an apt description for her modern, R&B-inspired sounds. Artist, songwriter and producer Mauvey lives in London and Berlin. Having grown up with the music Prince, Oumou Sangaré and Andre 3000, he combines these influences with contemporary sonic aesthetics in his own work. Adi Amati also brings tradition in harmony with the present: with Afrobeat as her foundation, she recently defined her own sound with the album »Rebirth.«