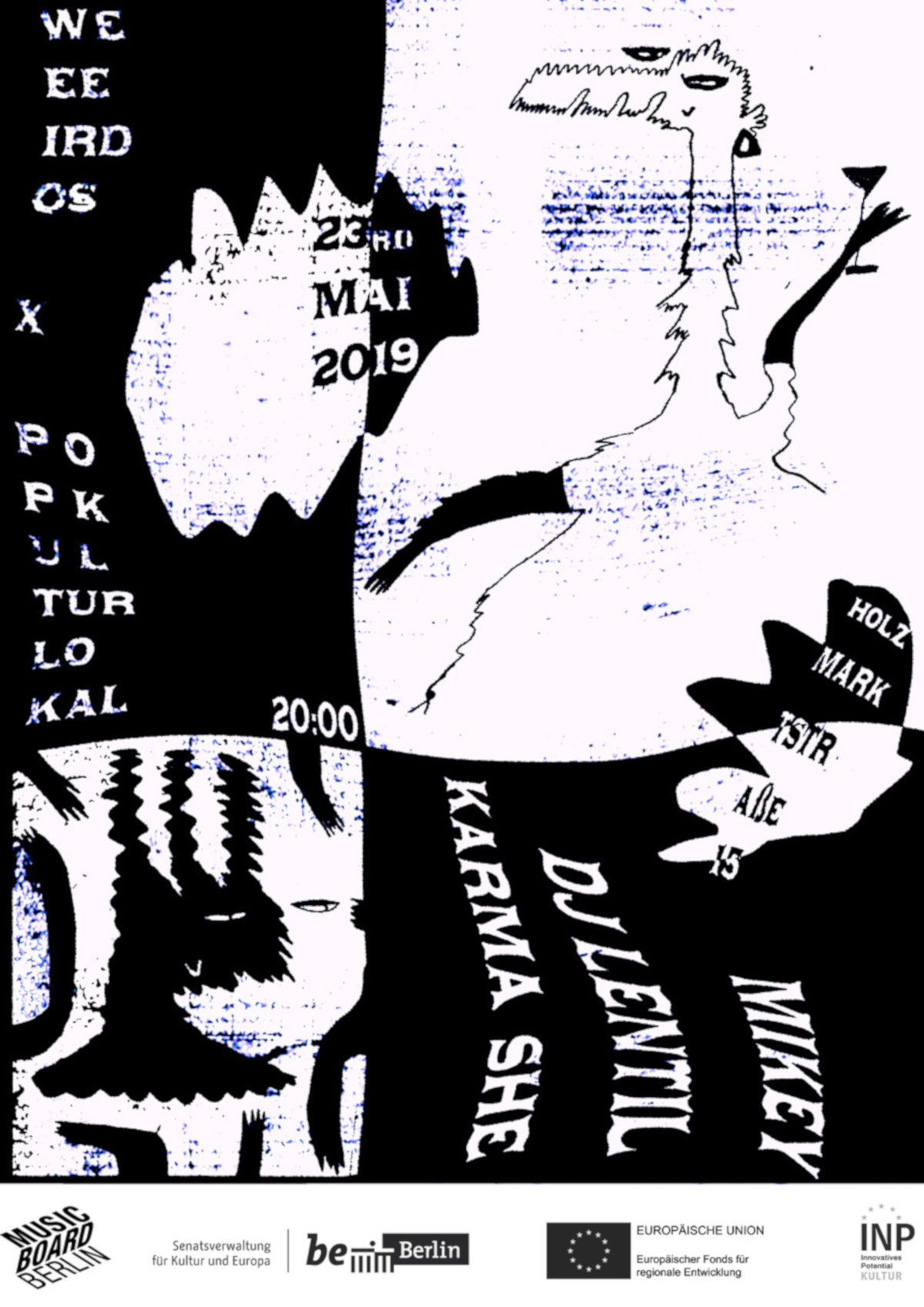 The event series Weeeirdos has quickly become a not-so-secret tip in Berlin’s rave and live music scene. Guesting in different locations, DJ Lolsnake’s team not only explores the city’s various venues but also emphasises local lineups rather than booking acts from far away. The Weeeirdos brand is also characterised by an extraordinary visual aesthetic and a uniquely inclusive approach.

For the second edition of »Pop-Kultur lokal« in 2019, the collective has invited the artist Karma She for a live set at Fitzroy, located at Holzmarktstraße 15, on the 23rd of May. Carmel Michaeli has set the explicit goal of create pop that’s totally over the top. In her performances as Karma She, broken beats, rap and dancehall elements combine with elaborate costumes, dance interludes and even athletics while religious symbolism dissolves into hip-hop codes. Meanwhile, you can expect quieter sounds, at least musically, from MIKEY. The singer-songwriter is also dedicated to the decomposition of binary attributes but uses sprawling, balladesque R’n’B to navigate questions of identity.

Between their two sets will be a performance by Marcus Kym Louend, all cushioned by DJ Lentil, a self-described »childlike entity« conceived as a »revolt against the self-serious monochromatic angst of modern techno.« A mess of fun thrown at the status quo. Weeeirdos of all countries, unite!