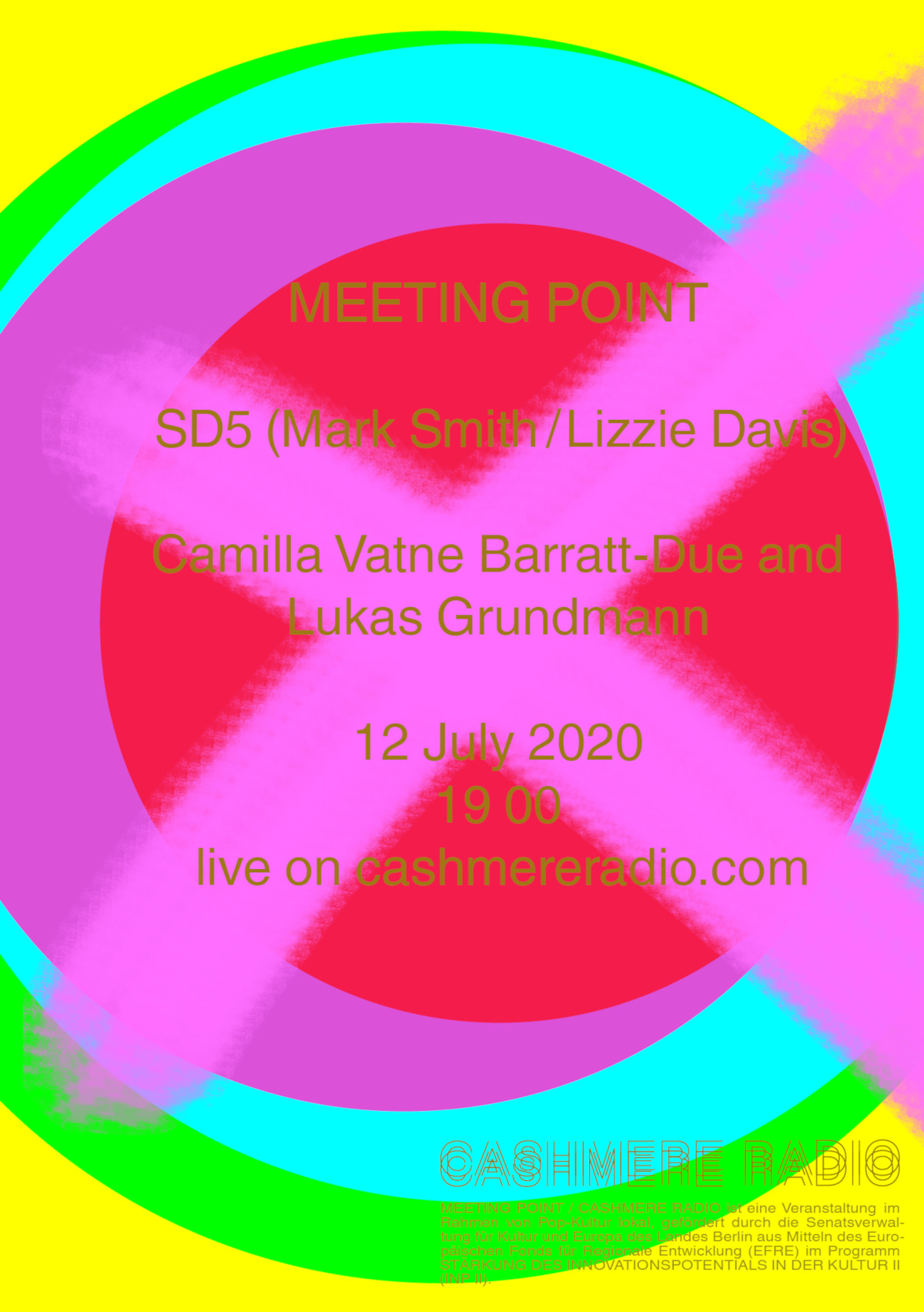 Cashmere Radio is producing a concert evening for the airwaves, welcoming two pairs of local artists to premiere freshly formed collaborations. Mark Smith will team up with Lizzie Davis, while Camilla Vatne Barratt-Due joins Lukas Grundmann in the radio studio, sharing their music with radio listeners as well as an on-site audience. Both performances will be recorded and aired on the 12th of July at 7pm and later archived on Cashmere Radio. Davis (AKA Wilted Woman) and Smith (AKA Mark) will make their debut performance as SD5, the name of their new project one year in the making. Barratt-Due and Grundmann will present a new collaborative piece composed for accordion and live electronics.