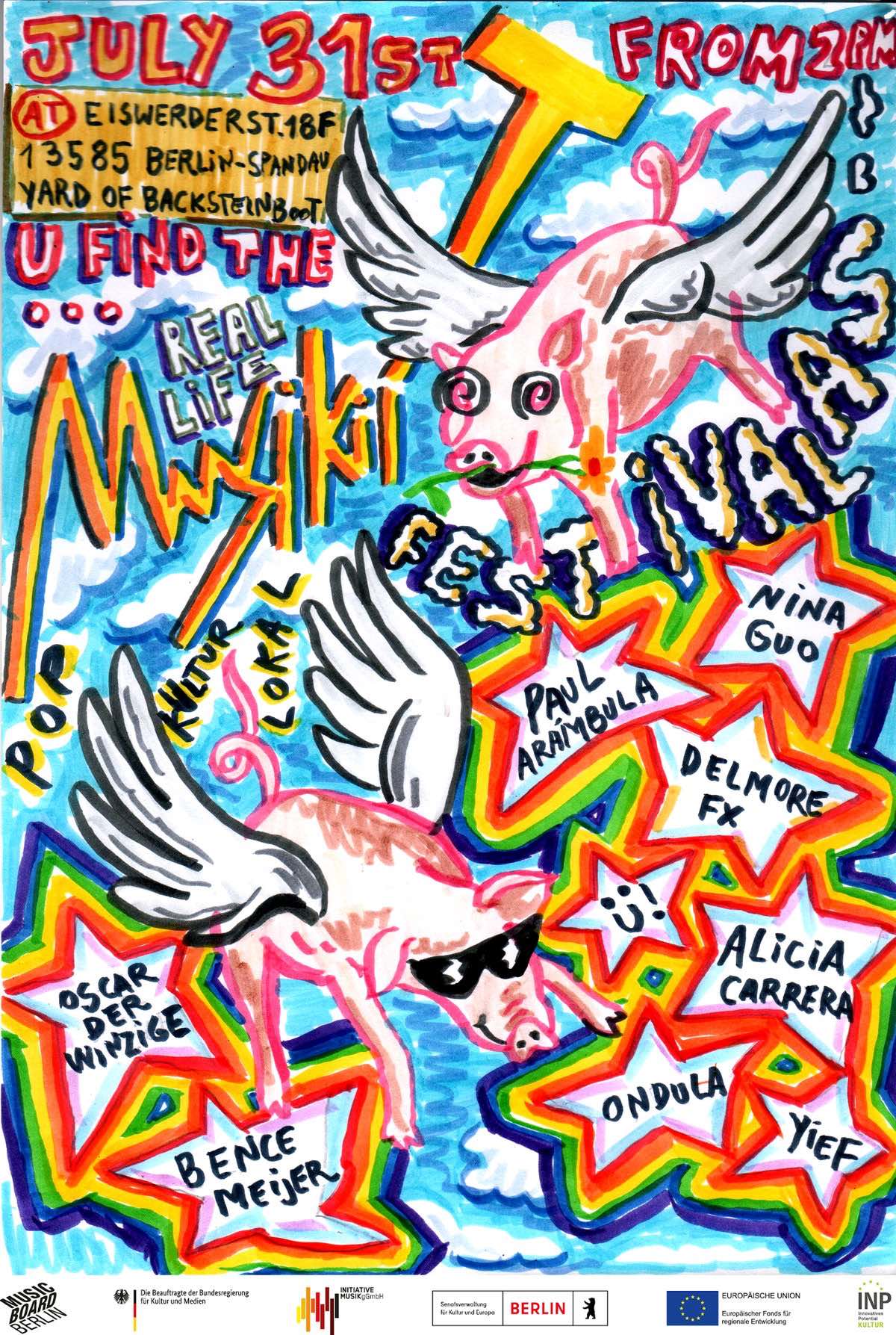 Musikií Festivalas will be a 12-hour live radio-show event meant at showcasing the activity of the independent radio station “Radjio Musikií”, an online broadcast initially born in 2013 as “S.O.G. Radio” as a side project of “Sucked Orange Galerie”, a basement for music exploration based in Neukölln since 2010. Due to the pandemic, the online presence of the radio became the only way to connect to one another “on air” and to promote local and international artists. The realisation of an open-air event involving four live acts and two dj-sets by local musicians would be the consecration of a year of no-profit efforts to establish a daily program and connect with the outer world.