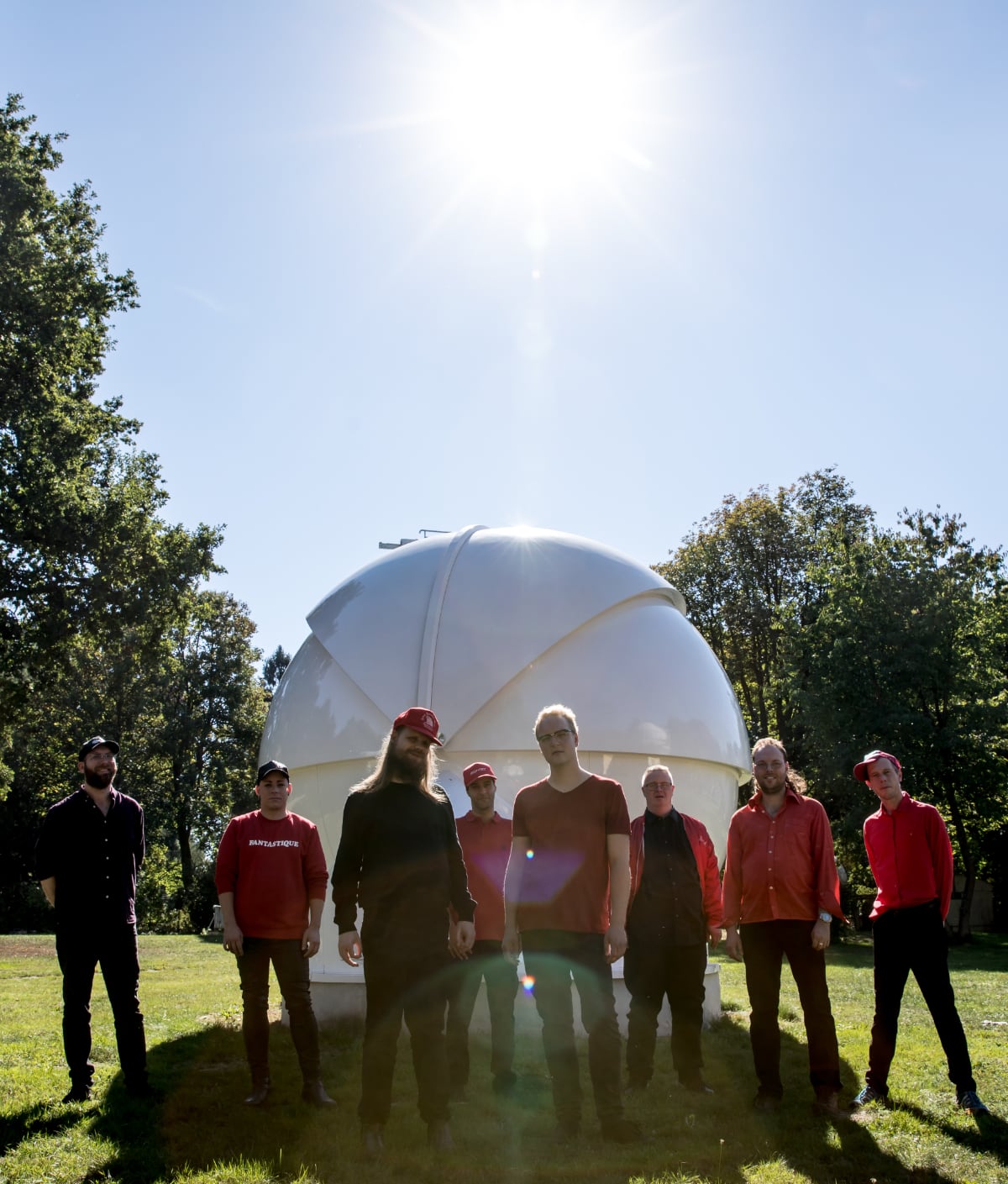 If you’ve followed Station 17 over the past three decades, you know that the only constant about this band is change. Developing, stretching music, testing boundaries: that’s been the band’s modus operandi since the they founded in 1989 as the project of a residential group in Hamburg for people with mental disabilities. The collective began as a creative social project, the first of its kind to connect musicians with and without disabilities in the alternative music scene. Since then, Station 17 have released eleven albums, constantly freeing themselves from their core concept and having developed into an internationally recognised group in the realm of experimental indie-rock, mixing electronic music, kraut rock, disco, noise and pop. They’ve played over 800 concerts across Europe and have collaborated with Holger Czukay, Fettes Brot, Barbara Morgenstern, Andreas Dorau, DJ Koze and Die Toten Hosen, to name a few.