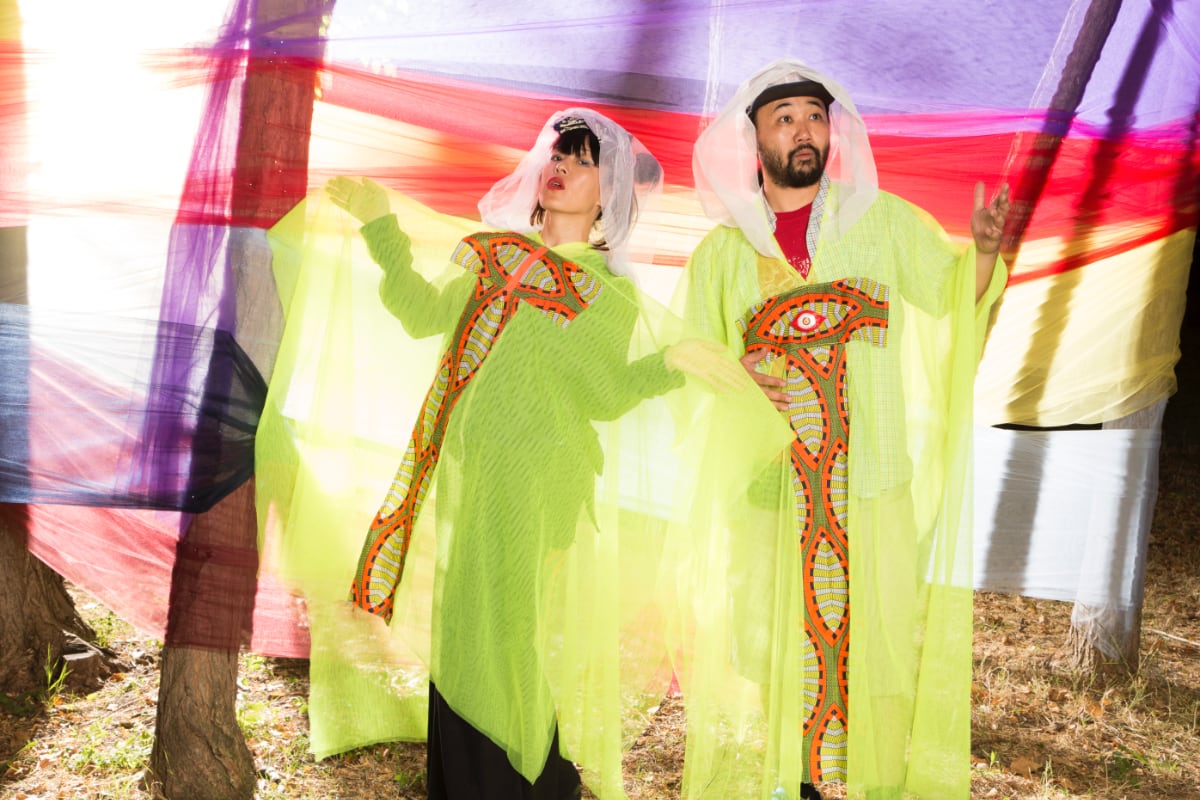 WaqWaq Kingdom fuse together styles that many people have never even heard of, and equally unfamiliar is the sound of what Kiki Hitomi and Shigeru Ishihara aka DJ Scotch Egg have clashed together in their studio: genres such as digi-dub, min’yō, dancehall, footwork, chiptune, techno, breakcore and gqom have have brought together the singer – known among other things for her collaboration with King Midas Sound – and the bassist of Seefeel into an abrasive coexistence on albums like »Shinsenkai« and »Essaka Hoisa.« The shockwaves caused by this post-postmodern collision, however, do not paralyse listeners but rather get their bodies moving. WaqWaq Kingdom’s massive, bassy, squeaky, screechy, colourful sound is beyond unique –it’s extremely gripping in its sheer outlandishness. Even if the head can’t fully comprehend what’s going on with the music, understanding begins when the toes start tapping.