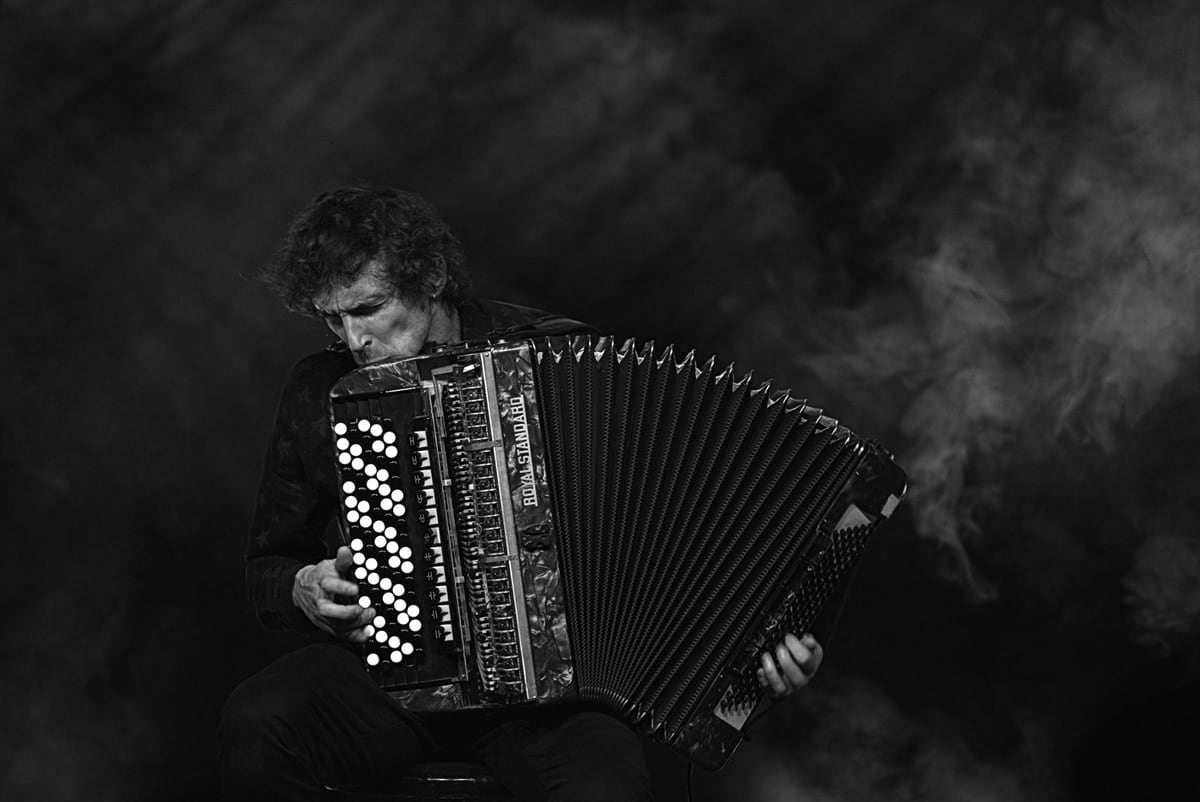 Many people have a very one-sided impression of the accordion, but it’s actually one of the most versatile instruments of all. As if Pauline Oliveros hadn’t already proven that it can play more than just polka. Yegor Zabelov takes the accordion through a whole range of genres: drone and minimal music, for example, can be heard on his solo album »NITI,« released in 2020, as well as neo-classical structures and a jazz-leaning will to improvise. The Belarusian avant-garde musician is a free spirit who – sometimes accompanied by a bassist and a drummer in the Yegor Zabelov Trio or with various other musicians such as percussionist Artom Zalessky – pushes a diversity of tones and timbres out of his squeezebox. On »NITI,« they are predominantly drawn out, often seeming introspective at one moment, but then suddenly swirling chaotically in the next. Multi-layered music performed on a versatile instrument.