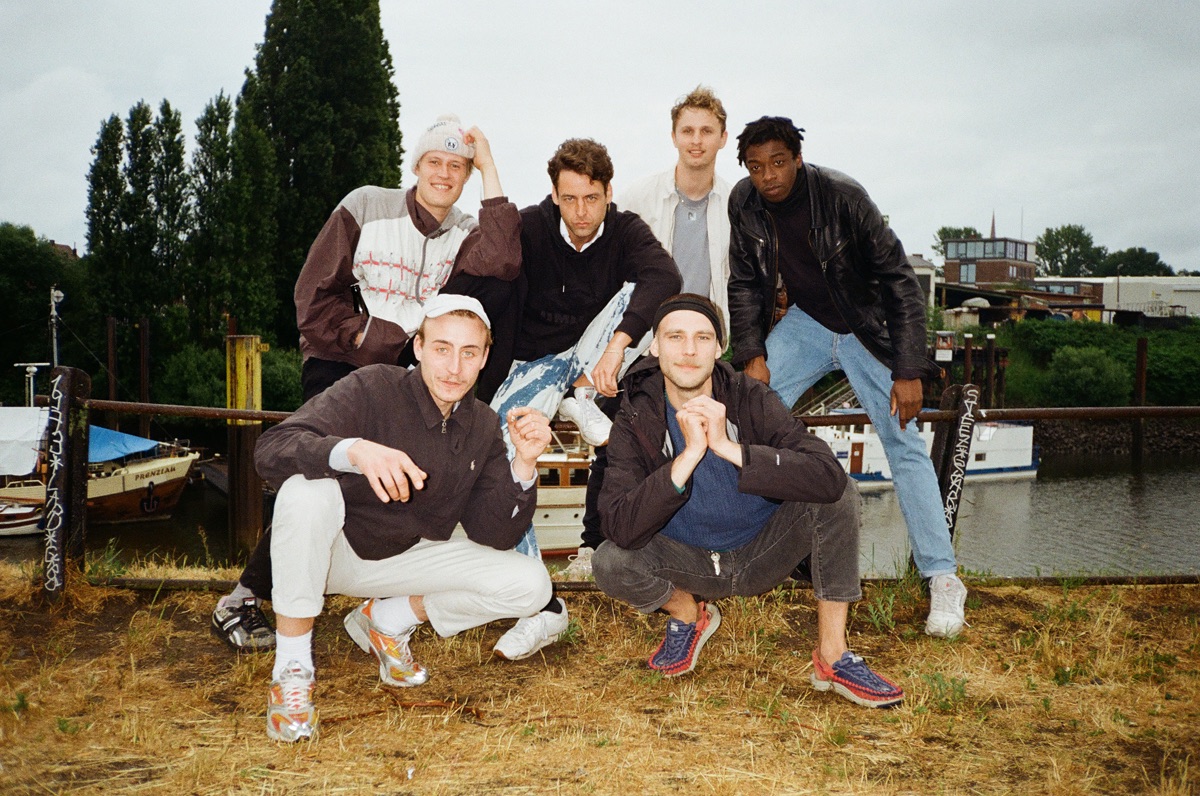 If ZEIT Online reviews your album with the headline »World Cup songs for the varicose vein crowd,« does that mean you’ve made it? And if so, well, what is it that you’ve made? But let’s start from the beginning: Erotik Toy Records is a rap crew whose career has been summed up by critic Daniel Gerhardt with the words »From Bremen, smell like beer, but are good« – and which they themselves are presenting as a grainy »Youth Wars«-style mockumentary titled staged under the title »Stadtmusikbande (Bremen, 1992),« screening this year at Pop-Kultur. And what does the music sound like? That, too, can be simply quoted: »The Most Sensitive Rap Crew Alive« is what Florida Juicy, Jay Pop, Skinnyblackboy, Tightill and Yung Meyerlack call themselves on their Facebook page. Meaning: Enya vibes meet 2Step, synth-pop meets trap, and along the way, Lady Bitch Ray drops in for a feature. It seems random at first, but there’s a method to it. You just have to make it first.