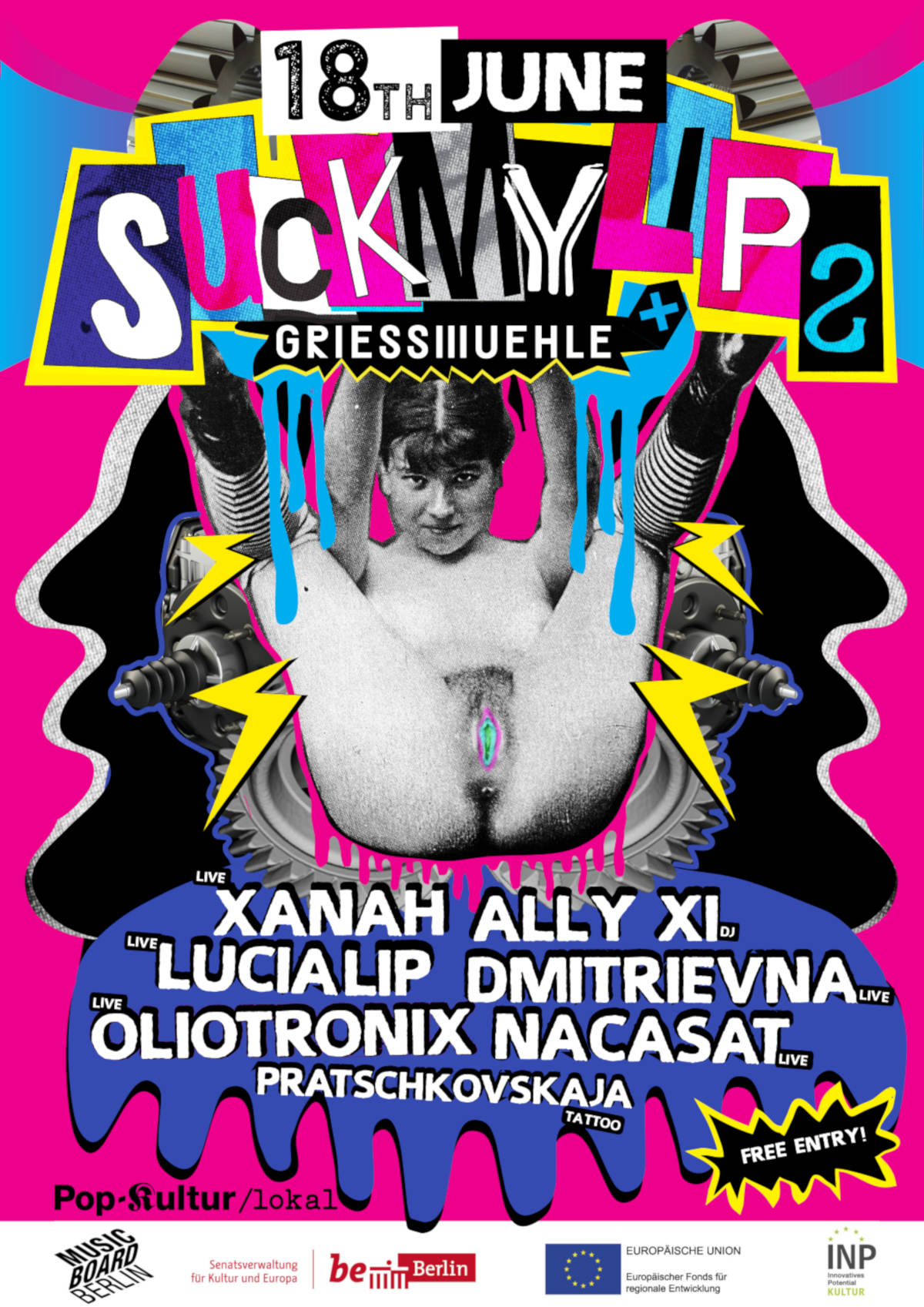 The team behind Suck My Lips! sees their work as fighting for »greater awareness and presence of female power« in Berlin’s vast underground of electronic music. Lucia Lip, Oliotronix and xanah curate nights that mix IDM, noise and 8-bit sounds, rounded out by exhibits and performance art, with an explicit focus on bringing female and non-binary artists to the stage. »We won’t change the world with our event but we will make it a better place, at least for one night,« the crew says.

Next time, it will be on the 18th of June at Griessmuehle near the Sonnenallee S-Bahn station. Along with brutal electroclash from Lucia Lip, Oliotronix’ fierce chiptune sound and the pleasantly extreme »future witch grunge« of xanah, there will also be music by Dmitrievna, Nacasat and Ally X I, starting at 21:00. Czech Berliner Dmitrievna combines the big gestures of pop music with experimental electronics, Nacasat offers hard UK techno with industrial influences, and co-founder of the non+ultras network Ally X I spans nearly all genres of current dance music in her sets, but rarely below 140 BPM. Suck My Lips! is set to offer another extremely eclectic evening of music, and if you want a permanent memory of their temporarily better world, you can get a tattoo from Pratschkovskaja on the spot.